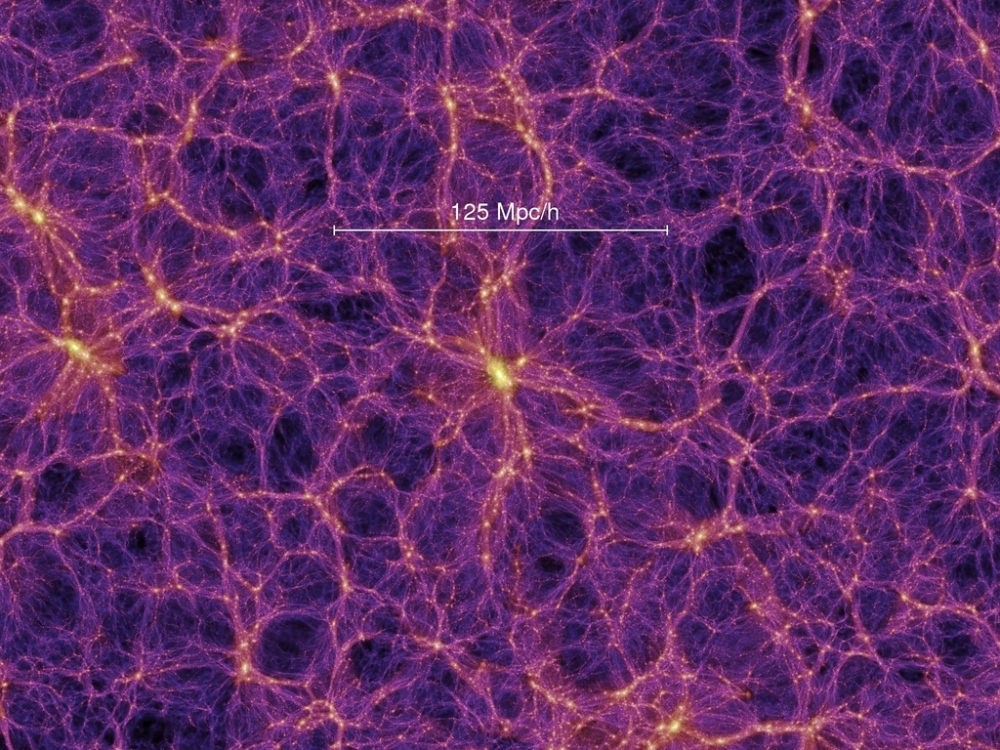 Hi all! I’m Sophia Gad-Nasr, aka Astropartigirl (as in, Astroparticle Girl, not Astro-party-girl, although I can’t say I mind space parties). You may know me on Twitter as @Astropartigirl. I’m working on my PhD in physics at UC Irvine with a focus on cosmology and astroparticle theory. I study dark matter and just like picking the Universe apart to figure out its properties and what it’s made of using simulations! I work on a type of dark matter beyond the Cold Dark Matter paradigm—Self-Interacting Dark Matter. You can read about this type of dark matter, and others, in a blog post I wrote. 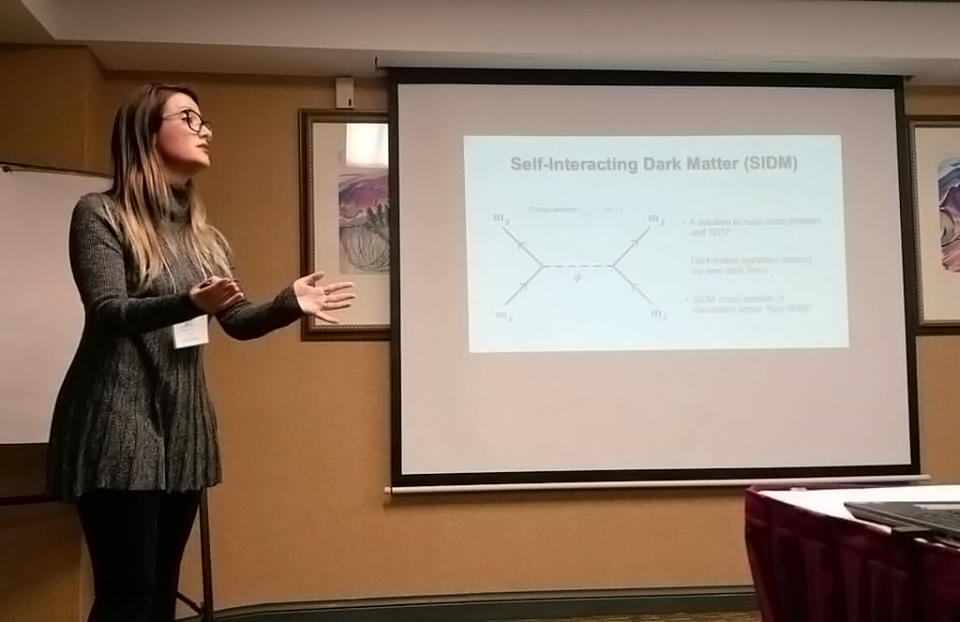 Me giving a talk about my research on SIDM at the Canadian Undergraduate Physics Conference in October 2015.

I specialize in a field that uses the very big and the very small to solve some of the Universe’s greatest mysteries—the intersection of astrophysics, particle physics, and cosmology—astroparticle theory. Yet, I have a particular fondness for planetary science, and one of my favorite things to do when I’m not working on theory or coding, is processing planetary images, particularly Saturn images taken by the Cassini Spacecraft (RIP) and Jupiter images taken by the JunoCam. (Note I have not done this in quite some time, because grad life is pretty demanding). When I do, I like to explain some interesting phenomena observed in these images. (I’m quite sure I’m a planetary scientist in another universe; in this one, I’m an astroparticle physicist, but that doesn’t mean I can’t do a bit of planetary science!) I’ve written several blog posts on these phenomena. You should check those out, the physics we see in these images is really cool! Me giving a presentation on Cosmology for the Royal Astronomical Society of Canada’s NOVA lecture series in November, 2015.

I recently got the opportunity to do some science advising for one of the greatest sci-fi TV shows out there: 12 Monkeys! I wrote out what I’d call a pathway to the theory of the Hartle-Hawking state, and these equations and plots ended up on a board with the person who was to make the Hartle-Hawking state a reality drawing them out. You can read more about this in one of my blog posts. The experience was one of the greatest I’ve ever had. I plan on continuing to do science consulting in the future. Upper left: formalisms I wrote out being transcribed into the board by the character who made the Hartle-Hawking state a reality, Emma.

Upper right: me standing on set in front of the board of equations I wrote out.

Bottom: proud moment when my name is in the credits of one of my favorite TV shows.

I have a particular fondness for hamsters! Some of you may remember Neutrini, the tinisymmetric partner of the Neutrino (I created tinisymmetry for hamsters, and other animals and pets). 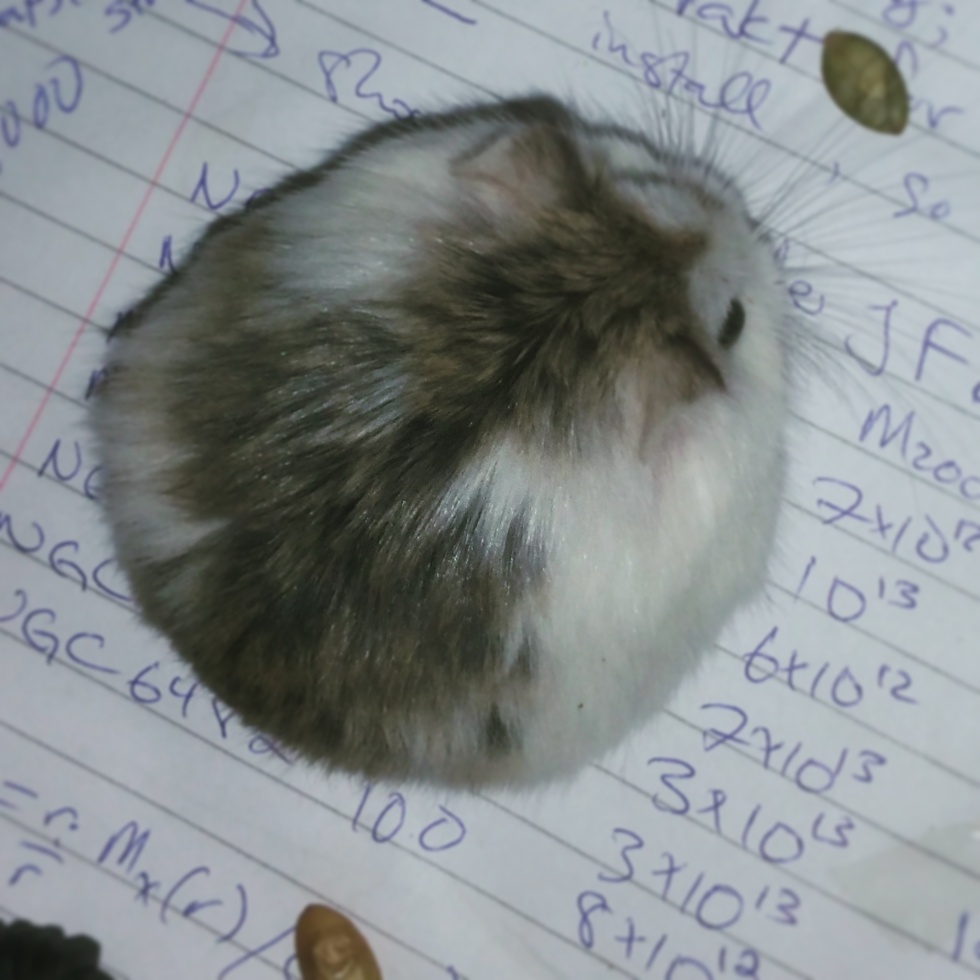 My hamster Neutrini acting as the spherical cow, and doing so on my research notes.

The latest additions to the hamster family are rescues (probably Campbells Dwarf hamsters), which were 4 weeks old when I got them: Gravitini and Gluini! We’re think they’re male, but we can’t be certain since they’re so young. (Will update in the near future).

I’m a huge animal lover, I love reading books (Wheel of Time right now; absolutely recommend it if you haven’t read it), am an intersectional feminist, and a human rights advocate. I also enjoy binge-watching TV shows when I’m not coding my research.

Although updates on this blog are slow, the purpose of this blog is to make difficult concepts in physics easier to understand, and to show how fun and interesting this field is! In the near future you can expect to see videos from me, posted here I hope you enjoy my posts!