Support me on Patreon

We are just days away from the Great American Solar Eclipse, an eclipse that’ll sweep across the nation, dazzling observers all over the continent. No matter where you are in North America, you will at least see a partial eclipse (weather permitting, of course)! In fact, even parts of South America, Africa, and Europe will see a partial eclipse! But if you’re in the path of totality, a region 70 miles wide and stretching from Oregon to South Carolina, you’ll get to see the best of it: a total solar eclipse.

Eclipses happen during the new moon phase, when the Moon is positioned between the Earth and the Sun. But the Moon’s orbit is tilted by about 5 degrees to the ecliptic (the plane the Earth sits in as it orbits the Sun), so it needs to be positioned just right to block out the Sun’s light so we can see an eclipse. This happens about once every 18 months. It should be noted that the reason we get to see eclipses at all is a lucky coincidence: the apparent size of the Moon and Sun in the sky are almost exactly the same, allowing for the Moon to fully block out the Sun’s photosphere!

The remaining two types of eclipses, annular and total, are a result of the Moon’s elliptical orbit about the Earth: this is due to the elliptical orbits of both the Moon about the Earth, and the Earth about the Sun. This means at one point in its orbit, the Moon is closest to the Earth (perigee), and opposite that point, it is farthest from Earth (apogee). The same is true for the Earth and Sun, with its closest point to the Sun called perihelion (occurring during northern winter solstice), and its farthest point, aphelion (during northern summer solstice). When the Moon is at perigee, it appears slightly larger in our sky, while during apogee, it appears smaller. The same is true about the Sun, but to lesser an extent, during perihelion and aphelion. These two factors determine what type of eclipse will be visible.

With that information, here is how we distinguish between the two eclipses: an annular eclipse occurs when the Moon has an apparent size that’s too small to cover the disk, or photosphere, of the Sun, leaving the outer edge of the Sun’s photosphere visible (this is always the case when the Moon is at apogee).

What’s actually happening here is that the total eclipse is too far above the Earth for it to be visible, because the umbra is too high.

A total eclipse, like the one happening this Monday, is when the apparent size of the Moon is large enough to cover the Sun’s photosphere entirely, leaving only the Sun’s corona visible.

Graphic showing the Moon’s Umbra and Penumbra. Areas in the Umbra will observe a total eclipse, while those in the Penumbra will see a partial solar eclipse. Credit: dateandtime.com

There is one more type of eclipse, and it’s called a hybrid eclipse. It’s basically an eclipse that can be a total eclipse, or an annular eclipse, depending on where along the path of totality it’s viewed. This is due to the curvature of the Earth, and is best described in the photo below.

Wondering what you’ll get to see on Monday? Let’s look at some previous eclipse images.

If it were an annular eclipse, then you’d see something like this: 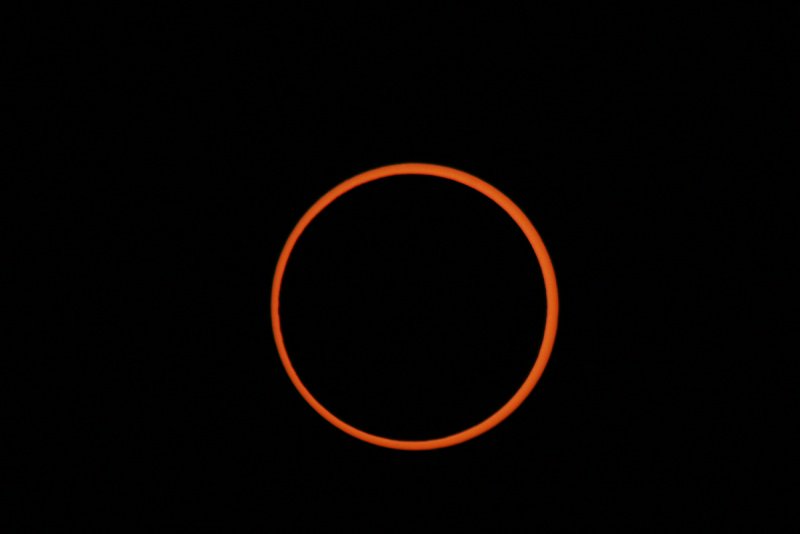 Sequence of images of the annular solar eclipse on May 20, 2012 from Rainbow Bridge National Monument, Utah. Credit: César Cantú

And here’s a video of that annular eclipse:

How beautiful is that?!

This isn’t the eclipse you’ll see on Monday, though. The eclipse on Monday is a total eclipse. Most of you will see a partial eclipse, so here’s a photo of something close to what you can expect:

You may have clearer skies, more or less coverage, but that’s about what you can expect to see. If you’re observing at a location where only a partial eclipse is visible, you must wear solar shades at all times. This is because part of the Sun’s photosphere will always be visible, you you need to protect your eyes.

If you’re observing at a location where you will experience totality, this is what you can expect prior to totality:

Sequence of images of a projected Sun prior to totality, during the total eclipse of March 7, 1970 in Edenton, North Carolina. Credit: Jonathan H. Ward

These are projected images, because, again, it isn’t safe to look at the Sun when any of its photosphere is visible. Safety is a must, so keep your solar shades on at all times when looking at the Sun—until totality, that is. During totality, the Sun’s photosphere will be completely covered by the Moon, and it is completely safe to observe during this time. So, take those shades off and bask in the glory! Here is what you can expect to see during totality:

I spy with my little eye what’s probably a planetary body to the upper right of the photo above!

Here’s a photo where a planet is visible, along with a beautiful corona:

That planet in the upper left is Venus. And this is normal during eclipses—you’ll see stars as the sky darkens, and, of course, any planets that are visible. You’ll actually get to see four planets this Monday: Mercury, Venus, Mars, and Jupiter!

Another thing to be on the lookout for is a feature called Baily’s beads, and it looks like this:

It’s a feature that is caused by the rugged surface of the Moon, which allows sunlight through in some places, but not others, creating the beaded feature above. Also keep an eye out for the diamond ring effect, where the eclipse looks exactly as the name implies—a diamond ring.

But don’t worry, Dan Falk, who took that photo, says he still got to see beautiful prominences, and enjoyed every second of it.

Let’s look at one more photo, because, why not? 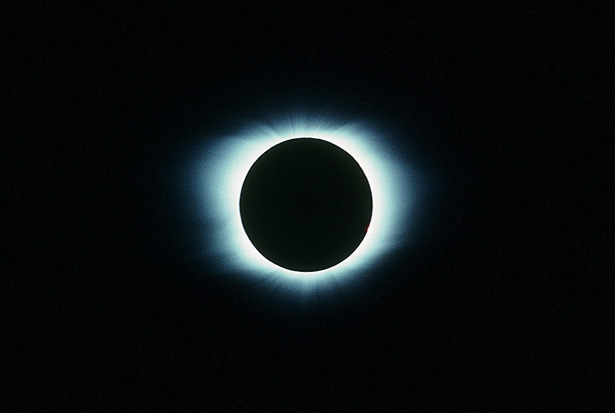 Are you excited?! It’s going to be a wonderful Monday.

If you wanted to be featured, but didn’t have past eclipse photos, you still can be: submit your photos and videos of the Great American Eclipse by August 21, 2017 at 11:59 PM PDT! Instructions on how to submit your photos can be found in my previous blog post.

3 thoughts on “The Great American Eclipse is coming: here’s what you can expect to see”

I'm a PhD candidate in cosmology at UC Irvine. I pick apart the Universe to figure out how it works and what it's made of. I enjoy communicating science with the world in my spare time. Let's explore the Universe together! View all posts by Sophia Gad-Nasr